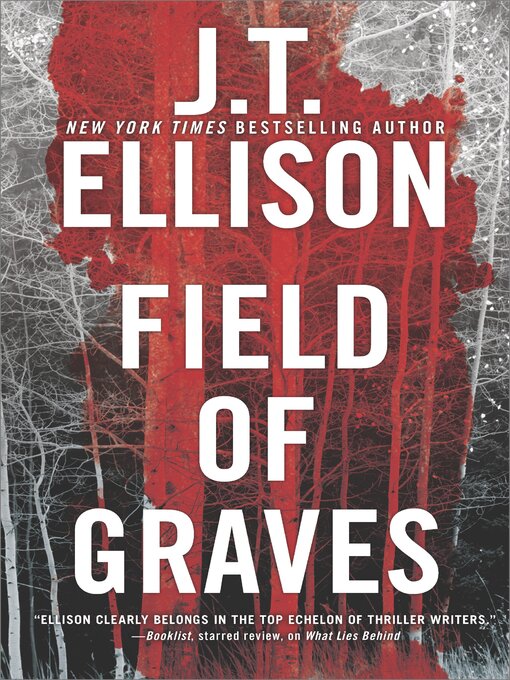 All of Nashville is on edge with a serial killer on the loose. A madman is trying to create his own end-of-days apocalypse and the cops trying to catch him are almost as damaged as the killer. Field of Graves reveals the origins of some of J.T. Ellison's most famous creations: the haunted Lieutenant Taylor Jackson; her blunt, exceptional best friend, medical examiner Dr. Samantha Owens; and troubled FBI profiler Dr. John Baldwin. Together, they race the clock and their own demons to find the killer before he claims yet another victim.