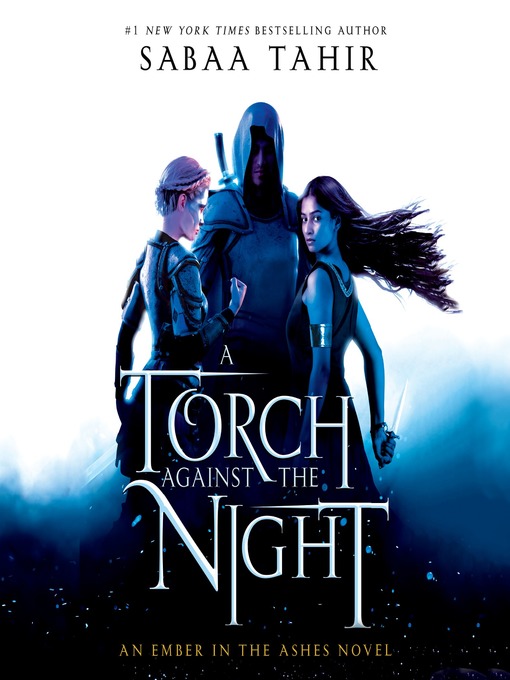 A torch against the night

THE ASTONISHING SEQUEL TO THE INSTANT NEW YORK TIMES BESTSELLER, AN EMBER IN THE ASHES "[An] action-packed, breathlessly paced story."--Booklist, starred review "Even higher stakes than its predecessor ... thrilling ..."--Publishers Weekly, starred review "Excellent."--Kirkus Reviews "Most Spectacular Sequel"--Entertainment Weekly Summer 2016 Must List. Elias and Laia are running for their lives. Following the events of the Fourth Trial, an army led by Masks hunts the two fugitives as they escape the city of Serra and journey across the vast lands of the Martial Empire. Laia is determined to break into Kauf--the Empire's most secure and dangerous prison--and save her brother, whose knowledge of Serric steel is the key to the Scholars' future. And Elias is determined to stay by Laia's side ... even if it means giving up his own chance at freedom. But Elias and Laia will have to fight every step of the way if they're going to outsmart their enemies: the bloodthirsty Emperor Marcus, the merciless Commandant, the sadistic Warden of Kauf, and, most heartbreaking of all, Helene--Elias's former friend and the Empire's newest Blood Shrike. Helene's mission is horrifying, unwanted, and clear: find the traitor Elias Veturius and the Scholar slave who helped him escape ... and kill them both. Praise for An Ember in the Ashes: "This novel is a harrowing, haunting reminder of what it means to be human--and how hope might be kindled in the midst of oppression and fear."--The Washington Post "An Ember in the Ashes could launch Sabaa Tahir into JK Rowling territory ... It has the addictive quality of The Hunger Games combined with the fantasy of Harry Potter and the brutality of Game of Thrones."--Public Radio International "An Ember in the Ashes glows, burns, and smolders--as beautiful and radiant as it is searing."--Huffington Post "[An Ember in the Ashes] thrusts its readers into a world marred by violence and oppression, yet does so with simple prose that can offer moments of loveliness in its clarity. This complexity makes Ember a worthy novel--and one as brave as its characters."--The New York Times Book Review From the Hardcover edition.