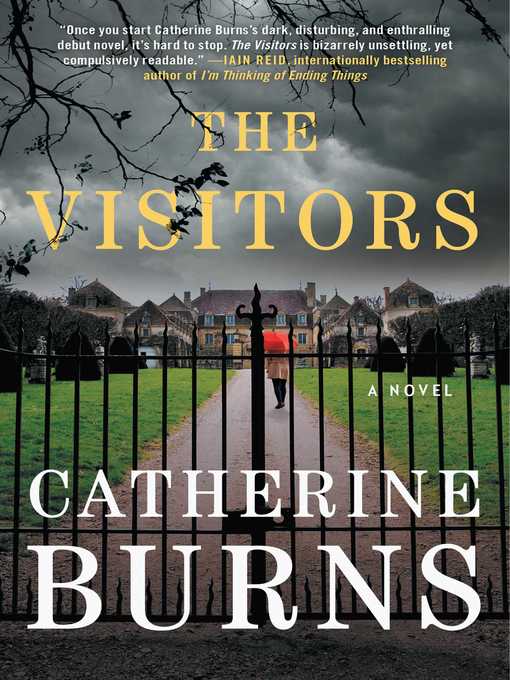 "With the smart suspense of Emma Donoghue's Room and the atmospheric claustrophobia of Grey Gardens, Catherine Burns's debut novel The Visitors explores the complex truths we are able to keep hidden from ourselves and the twisted realities that can lurk beneath even the most serene of surfaces. "Once you start Catherine Burns's dark, disturbing, and enthralling debut novel, it's hard to stop. The Visitors is bizarrely unsettling, yet compulsively readable." --Iain Reid, internationally bestselling author of I'm Thinking of Ending Things. Marion Zetland lives with her domineering older brother John in a crumbling mansion on the edge of a northern seaside resort. A timid spinster in her fifties who still sleeps with teddy bears, Marion does her best to live by John's rules, even if it means turning a blind eye to the noises she hears coming from behind the cellar door . . . and turning a blind eye to the women's laundry in the hamper that isn't hers. For years, she's buried the signs of John's devastating secret into the deep recesses of her mind -- until the day John is crippled by a heart attack, and Marion becomes the only one whose shoulders are fit to bear his secret. Forced to go down to the cellar and face what her brother has kept hidden, Marion discovers more about herself than she ever thought possible. As the truth is slowly unraveled, we finally begin to understand: maybe John isn't the only one with a dark side..."--