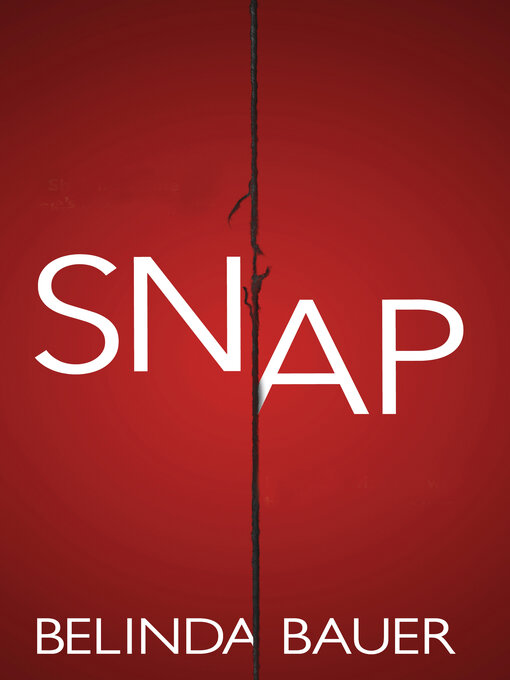 "From award-winning crime writer Belinda Bauer, "the true heir to the great Ruth Rendell" [Mail on Sunday (UK)], Snap is a gripping novel about a teenage boy's hunt for his mother's killer. Jack's in charge, said his mother as she disappeared up the road to get help. I won't be long. Now eleven-year-old Jack and his two sisters wait on the hard shoulder in their stifling, broken-down car, bickering and whining and playing I-Spy until she comes back. But their mother doesn't come back. She never comes back. And after that long, hot summer's day, nothing will ever be the same again. Three years later, Jack's fifteen now and still in charge . . . alone in the house. Meanwhile across town, a young woman called Catherine While wakes to find a knife beside her bed, and a note reading I could of killed you. The police are tracking a mysterious burglar they call Goldilocks, for his habit of sleeping in the beds of the houses he robs, but Catherine doesn't see the point of involving the police. And Jack, very suddenly, may be on the verge of finding out who killed his mother. A twisty, masterfully written novel that will have readers on the edge of their seats, Snap is Belinda Bauer at the height of her powers"--