'I need a library card' self-registration may be unavailable between 12 AM and 2 AM on Friday 9/17 due to scheduled maintenance. 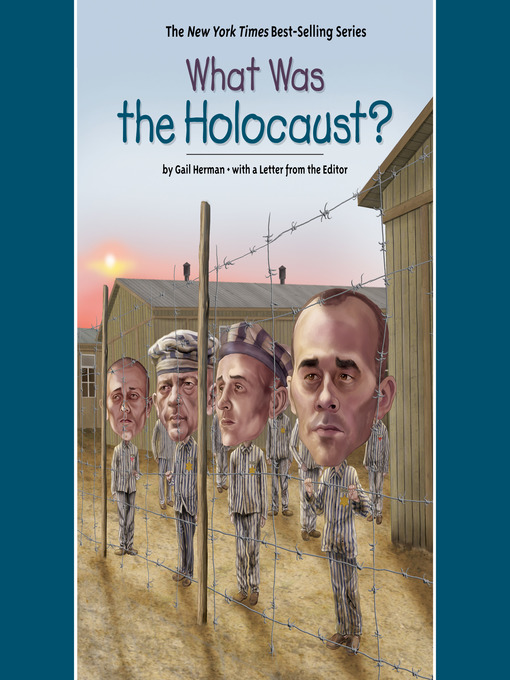 What was the Holocaust?

"A thoughtful and age-appropriate introduction to an unimaginable event--the Holocaust. The Holocaust was a genocide on a scale never before seen, with as many as twelve million people killed in Nazi death camps--six million of them Jews. Gail Herman traces the rise of Hitler and the Nazis, whose rabid anti-Semitism led first to humiliating anti-Jewish laws, then to ghettos all over Eastern Europe, and ultimately to the Final Solution. She presents just enough information for an elementary-school audience in a readable, well-researched book that covers one of the most horrible events in history. Includes a letter from the editor and series creator, Jane O'Connor"--

What was the Holocaust?
Anti-Semitism
Adolf Hitler
The Nazis
Hitler in power
War!
In the Ghetto
Life in the Concentration Camps
The Final Solution
Fighting back
Freedom! After
Timelines.