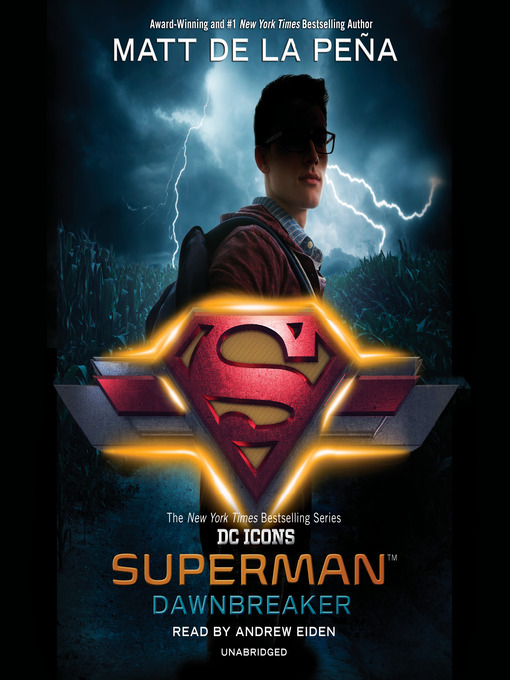 The blockbuster DC Icons series that began with Leigh Bardugo's Wonder Woman, Marie Lu's Batman, and Sarah J. Maas's Catwoman continues with the story of the world's first super hero{u2014}SUPERMAN{u2014}from award-winning and #1 New York Times bestselling author MATT DE LA PEÑA.When the dawn breaks, a hero rises.His power is beyond imagining.Clark Kent has always been faster, stronger{u2014}better{u2014}than everyone around him. But he wasn't raised to show off, and drawing attention to himself could be dangerous. Plus, it's not like he's earned his powers . . . yet.But power comes with a price.Lately it's difficult to hold back and keep his heroics in the shadows. When Clark follows the sound of a girl crying, he comes across Gloria Alvarez and discovers a dark secret lurking in Smallville. Turns out, Clark's not the only one hiding something. Teaming up with his best friend, Lana Lang, he throws himself into the pursuit of the truth. What evil lies below the surface of his small town? And what will it cost Clark to learn about his past as he steps into the light to become the future Man of Steel? Because before he can save the world, he must save Smallville.Don't miss the rest of the DC Icons series! Listen to the books in any order you choose: * Wonder Woman: Warbringer by Leigh Bardugo * Batman: Nightwalker by Marie Lu * Catwoman: Soulstealer by Sarah J. Maas