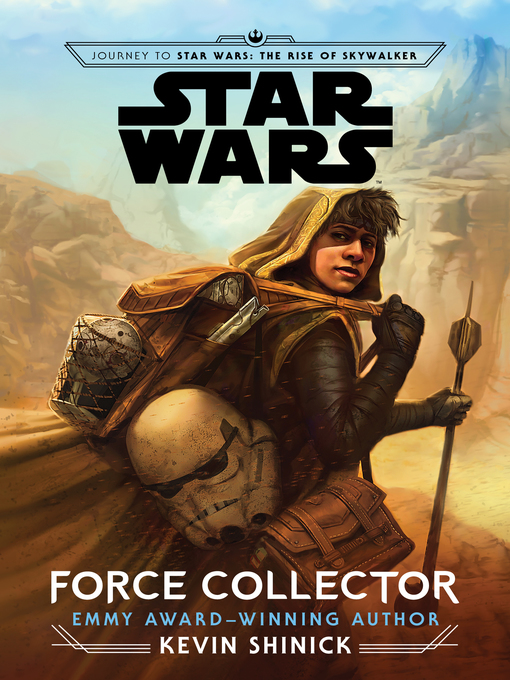 "Karr is a teenage boy like any other in the galaxy. He goes to school, helps his parents with the family business, likes speeders and droids. But Karr also has a secret: when he touches certain objects, he gets searing headaches and blacks out. And sometimes along with the pain come visions of people he doesn't know and places he's never been. Karr's parents worry that he's sick; however his grandmother is convinced the visions coem form the Force. But it's been years since anyone has heard from the last of the Jedi--Luke Skywalker. Are there any Jedi left to guide Karr in the use of his abilities? Is anyone even willing to talk about the Jedi and what hapened to them as their memory fades and the First Order rises? When his grandmother dies and his parents announce they're sending him to school on the other side of the planet, Karr reaches his breaking point. He needs to know what his destiny holds. Accompanied by Maize, the blunt, unpredictable new girl at school, and RZ-7, Karr's solicitous droid companion, he sets off into the larger galaxy to find the truth. His advertures will take him from Utapau to Jakku to Takodana and beyond as he learns more about the Jedi than he could have expected and about his own place in the force." --book jacket